Parallel Mind is honored to be performing at the 2016 NAMM Show in Anaheim CA! Click HERE for details! 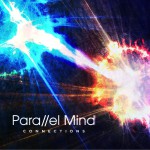 Joe’s band PARALLEL MIND has just released their 2nd full-length album titled “Connections.” The brand new album represents a decades worth of musical ideas finally brought to fruition and reflects the many parallels between band members, both past and present.

PARALLEL MIND’S big album release show for “Connections” will be at Martyrs’ in Chicago on Thursday, September 10th. See the SHOWS page for details!

Check out the official PARALLEL MIND page on Facebook at: www.facebook.com/parallelmindmusic!

Happy new year to all!

On January 8th, Joe’s prog-fusion band PARALLEL MIND started recording their 2nd full length album. This new album is a truly momentous occasion; an accumulation of songwriting spanning the past decade as well as the reunion with past members. PM is thrilled to once again be working with original guitarist Aaron Harris and original bassist Tim Seisser. Former bassist Jason Pachona will also be contributing his talents for one song.

Check out the official PARALLEL MIND page on Facebook at: www.facebook.com/parallelmindmusic!

Back to NEWS ARCHIVES